Thunderbirds Participate in Hour of Code 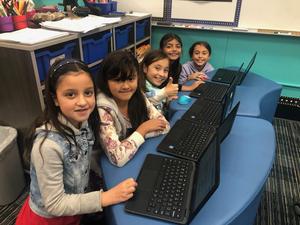 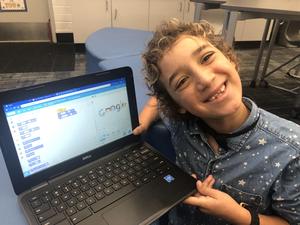 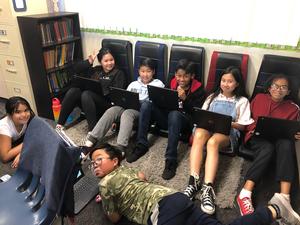 Computers are everywhere, changing every industry on the planet, but fewer than half of all schools teach computer science. Girls and minorities are severely underrepresented in computer science classes, and in the tech industry. The good news is we are on our way to change this. Willmore Elementary is committed to teaching our students how to code. Through our partnership with Code to the Future, our students create using Scratch, LEGO robotics, and Minecraft Education Edition. But this week we also had students explore and create with the tutorials found on Code.org.
With the Hour of Code, computer science has been on homepages of Google, MSN, Yahoo!, and Disney. Over 100 partners have joined together to support this movement. Every Apple Store in the world has hosted an Hour of Code. Even President Obama wrote his first line of code as part of the campaign.
That’s why every one of the our students at Willmore Elementary School is joining in on the largest learning event in history: The Hour of Code, during Computer Science Education Week (December 9th-15th).
The Hour of Code, organized by the nonprofit Code.org and over 100 others, is a global movement that believes the students of today are ready to learn critical skills for 21st-century success.
Please click on the link to view our Hour of Code video.
Print